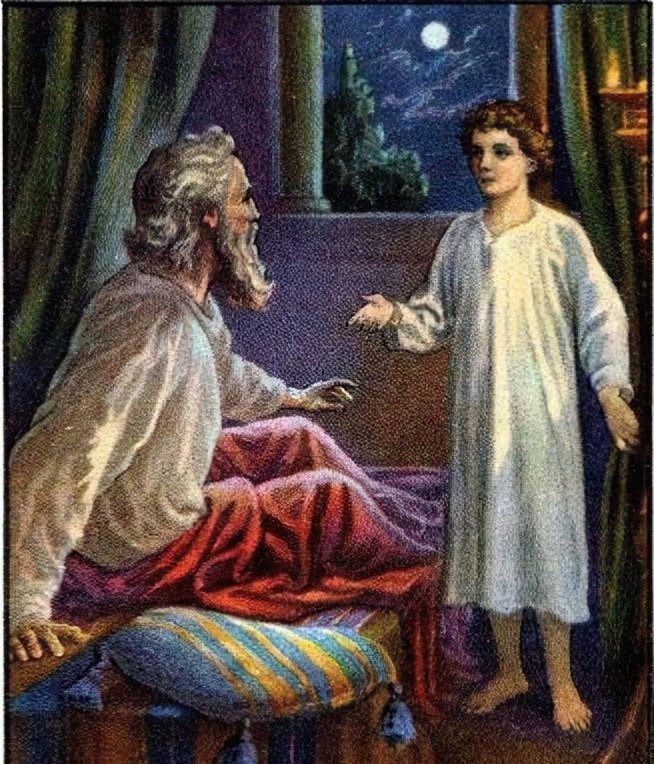 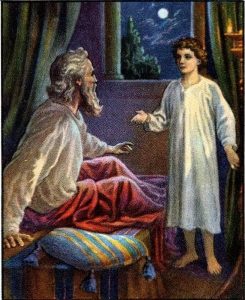 Now the Lord came and stood there, calling as before, ‘Samuel! Samuel!’ And Samuel said, ‘Speak, for your servant is listening.’

As Samuel grew up, the Lord was with him and let none of his words fall to the ground. And all Israel from Dan to Beer-sheba knew that Samuel was a trustworthy prophet of the Lord.

Today’s reading may be one of the more familiar stories from the Old Testament. We hear of the Lord’s call of the boy Samuel whilst he was in the service of the High Priest Eli. On three occasions, Samuel was awoken by a call that he understandably thought came from Eli, and each time he dutifully responded to the call by going to Eli and announcing “Here I Am”.  On the first two occasions, Eli told the boy that he had not called him and sent him back to bed. By the third time, Eli realised that it was the Lord who was calling Samuel. He instructed Samuel that if he heard the voice again, his reply should be that he was listening. So, when Samuel heard his name being called again he knew how to respond. His willingness to listen and respond the the Lord’s call paved the way for his development as a prophet.

Pray for the grace to hear and act upon God’s call in your life.