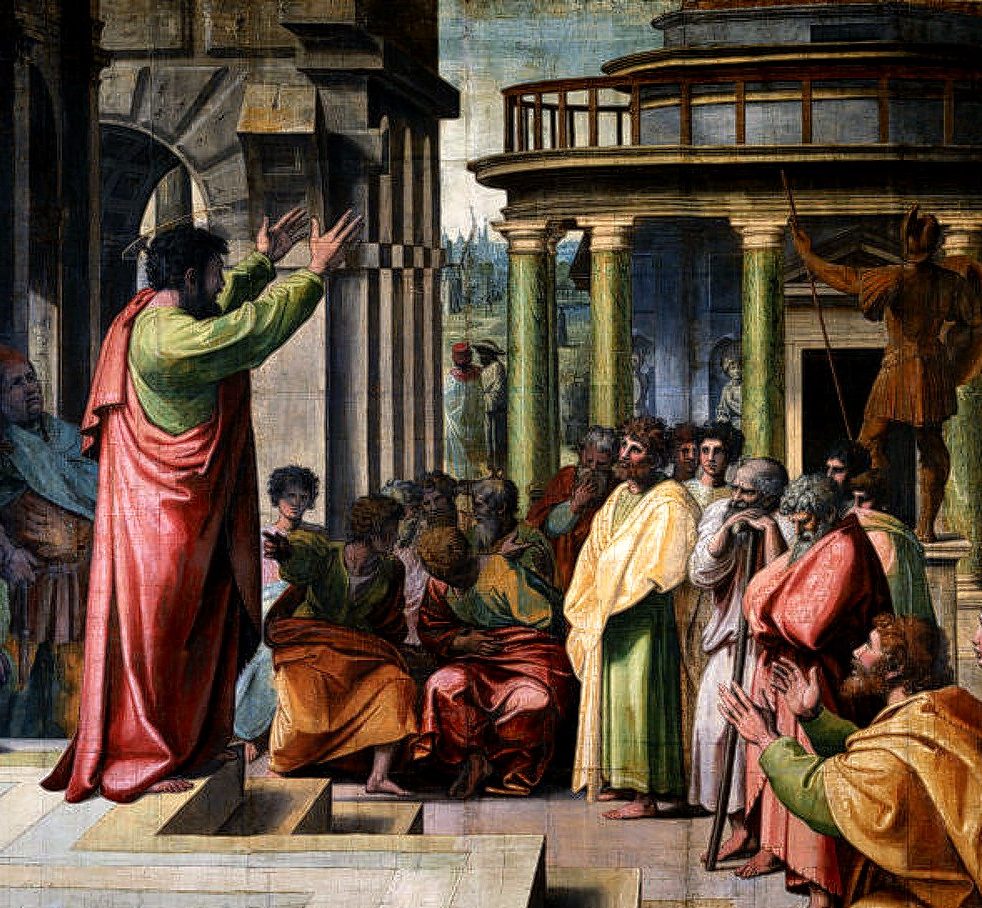 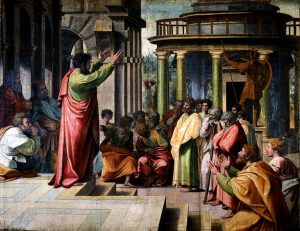 When they heard of the resurrection of the dead, some scoffed; but others said, ‘We will hear you again about this.’ At that point Paul left them. But some of them joined him and became believers, including Dionysius the Areopagite and a woman named Damaris, and others with them.

When Paul arrived in Athens, he observed the many sacred monuments of the city. Struck by the idolatry that pervaded the city, Paul felt compelled to preach the Gospel even though his companions were not with him at this point. This took him to the Areopagus – the hill where the Athenian Council would meet. This was to be a tough call for Paul since Athens was considered to be the intellectual capital of the ancient world. His audience was highly knowledgeable and skilled in debate but Paul showed himself to be equally skilled and knowledgeable. He called them to change their minds from belief in idols and unknown gods to belief in God, the creator of all things. Despite the eloquence of his address, many were not ready to receive his message. We are told that some scoffed, unable to let go of their long held beliefs and practices. However, some were at least prepared to listen further and some of them joined Paul to become believers.

Think about the ways in which you can share the Gospel message with those who have not heard it.