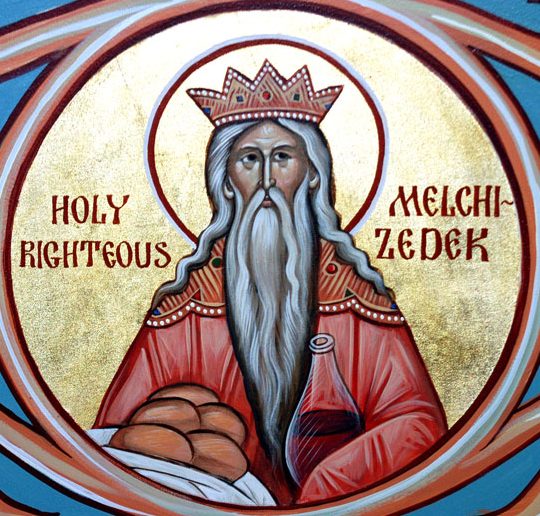 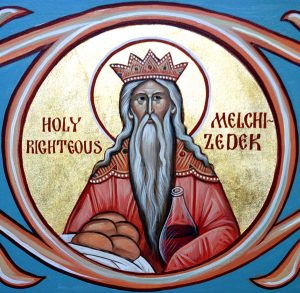 This ‘King Melchizedek of Salem, priest of the Most High God, met Abraham as he was returning from defeating the kings and blessed him’; and to him Abraham apportioned ‘one-tenth of everything’. His name, in the first place, means ‘king of righteousness’; next he is also king of Salem, that is, ‘king of peace’. Without father, without mother, without genealogy, having neither beginning of days nor end of life, but resembling the Son of God, he remains a priest for ever.
Hebrews 7: 1-3, 15-17 NRSV

Today we hear again about the priest-king Melchizedek. The writer of this epistle knew that his audience of Christians from a Jewish background would be interested in the idea of having Jesus as their High Priest. However, they were used to High Priests coming from the Levite tribe and since Jesus was not of this tribe, they would have found it hard to accept that he could be a High Priest. In the person of Melchizedek, they are given an alternative and superior model for priesthood. Melchizedek’s priesthood was not inherited but God given. It was not limited by his mortality but eternal. Even the great Abraham acknowledged the superiority of Melchizedek in paying a tithe from his victory treasures to him. The writer wants his audience to overcome any obstacle to their acceptance of Jesus as their High Priest so that they can grow into greater maturity in their Christian faith.

On this day of the Inauguration of the new President of the U.S.A., pray for those like Melchizedek who seek true righteousness and peace for their country.