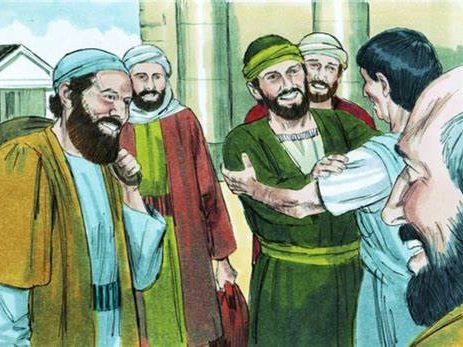 As they went from town to town, they delivered to them for observance the decisions that had been reached by the apostles and elders who were in Jerusalem. So the churches were strengthened in the faith and increased in numbers daily.

Following the Council at Jerusalem, Paul and Barnabas with their companions set about visiting the recently formed churches to deliver the message of the Council and to offer encouragement. Their visits were well received and strengthened the communities they visited. Along the way, Paul and Barnabas had a disagreement which resulted in them going separate ways. As Paul continued his travels, he followed the prompting of the Holy Spirit as to where he should or should not go. In one instance, this led him to Lystra where he had previously been stoned, dragged out of the city and left on a rubbish heap to die. It would have been understandable for Paul to wish to avoid this place and yet it was here that he gained a new travelling companion, Timothy, who was to become like a faithful son to him.

Reflect on the ways in which the Holy Spirit has led you to places and situations where you were needed.