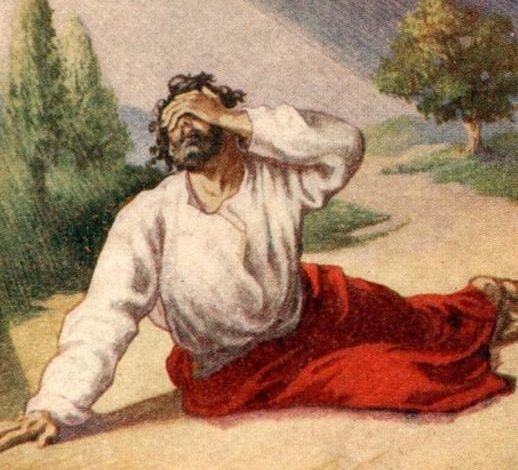 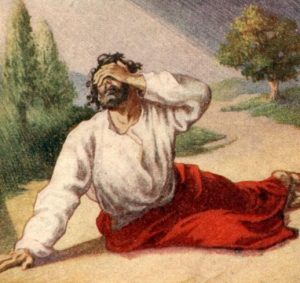 So Ananias went and entered the house. He laid his hands on Saul and said, ‘Brother Saul, the Lord Jesus, who appeared to you on your way here, has sent me so that you may regain your sight and be filled with the Holy Spirit.’ And immediately something like scales fell from his eyes, and his sight was restored. Then he got up and was baptized, and after taking some food, he regained his strength.

For several days he was with the disciples in Damascus, and immediately he began to proclaim Jesus in the synagogues, saying, ‘He is the Son of God.’

In the course of today’s reading we hear about the conversion of Saul. At the beginning of the reading we are told that Saul was still “breathing threats and murder against the disciples of the Lord”, but by the end he is with those same disciples and proclaiming Jesus in the synagogues. No wonder that those who heard him speak in the synagogues were amazed and probably a bit confused as well. Whilst Saul’s conversion seems to have been almost immediate, it is worth remembering that he was already a deeply religious man, highly educated and well versed in the Jewish Law. Through his strict observance of the Law, Saul sincerely believed that he was living in obedience to God. However, through his encounter with Jesus on the road to Damascus, he came to to a new understanding and was forced to radically rethink his previous beliefs. Jesus asked Saul, “Why are you persecuting me?” Jesus was making Saul’s actions personal to him, perhaps making it harder for Saul to justify than an attack on a group or community. For Saul, this personal encounter with Jesus led to a change from believing in salvation based on strict observance of the law to a belief in salvation based on the resurrection of the crucified Jesus.

Reflect on any discord or division that you are aware of in your local church communities. Bring these situations to your prayer in the hope that God can turn all things into good.