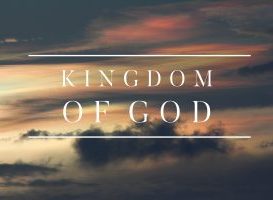 The kingship and dominion
and the greatness of the kingdoms under the whole heaven
shall be given to the people of the holy ones of the Most High;their kingdom shall be an everlasting kingdom,
and all dominions shall serve and obey them.’

At the beginning of today’s reading we hear the prophet Daniel speaking of how his spirit was troubled after his vision of the four ferocious beasts and the heavenly court. It is little wonder that Daniel was so troubled since what he saw suggested there would be times of great suffering ahead for people. He approached one of those “standing by”- a heavenly servant – for an explanation. The interpretation he was given detailed the ultimate destruction of all powerful empires as symbolised by the four beasts, and the coming of a kingdom to be given to the people of the “holy ones of the Most High”. Like Daniel, we are left with questions about Daniel’s great and hugely symbolic vision. Much has been said and written about who the “holy ones” are, when God’s kingdom will be established and whether the Son of Man seen in the vision is a prophecy about Jesus. The meaning of Daniel’s vision will continue to arouse discussion but one thing seems certain is that it is the Kingdom of God and God’s people that will prevail in the end.

Pray for people who suffer today because of the misuse and abuse of human power.