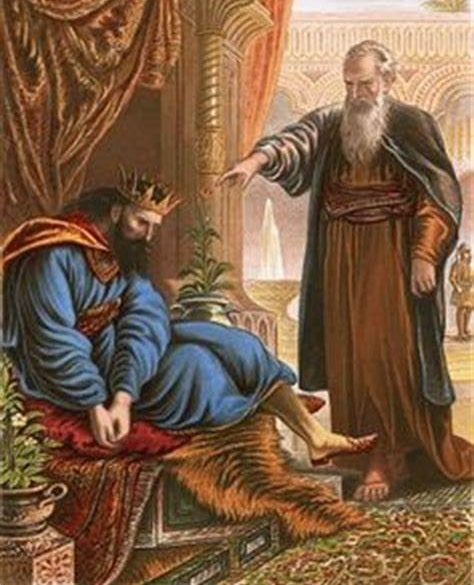 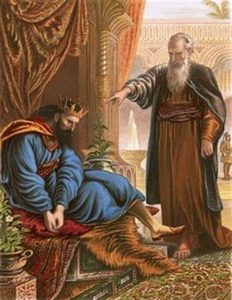 Thus says the Lord, the God of Israel: I anointed you king over Israel, and I rescued you from the hand of Saul; Now therefore the sword shall never depart from your house, for you have despised me, and have taken the wife of Uriah the Hittite to be your wife.

In today’s reading we hear of the beginning of the suffering that came to David and his family following his adultery with Bathsheba and the murder of her husband. The prophet Nathan was sent by God to visit David. Nathan told David a parable about a rich man (who owned many sheep) who had taken the only sheep that belonged to a poor man in order to feed a guest. David, who had grown up looking after sheep, was outraged by this story and condemned the rich man for his lack of compassion. Nathan immediately made it clear that the man who had done wrong in the story actually represented David himself. David acknowledged his sin and was forgiven, but sadly the son born from his relationship with Bathsheba grew ill and died. At this time, the moral understanding was that a whole family would suffer as a consequence of the sin of one of its members. The child’s death was therefore considered to be a punishment resulting from the sins of his father.

Try to avoid making judgements against others today.