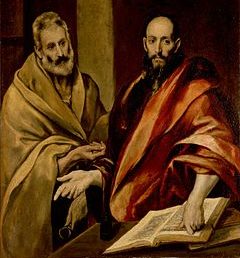 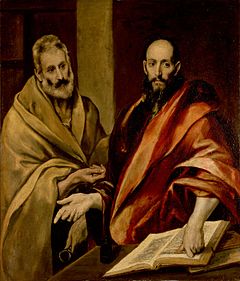 About that time King Herod laid violent hands upon some who belonged to the church. He had James, the brother of John, killed with the sword. After he saw that it pleased the Jews, he proceeded to arrest Peter also.

Today we honour the lives of  the apostles Peter and Paul – two very different men but whose stories have many parallels. One experience familiar to both was that of imprisonment for giving witness to the gospel. In today’s first reading, we hear of the miraculous release of Peter from prison. As the leader of the church in Jerusalem, it was very important that Herod did not succeed in his likely intention of killing Peter as he had some of the other apostles. We hear about how an angel of the Lord freed Peter from a secure and well-guarded prison and of Peter’s realisation that the Lord had intervened to save him. Later in Acts, we hear of the similarly miraculous release of Paul from prison in Greece during and earthquake. Through the Lord’s intervention, both Peter and Paul were spared to continue their ministry.

Give thanks for the lives of Peter and Paul and for all who risk danger in proclaiming the Gospel.