3 May 2022 Saints Philip and James, Apostles

3 May 2022 Saints Philip and James, Apostles 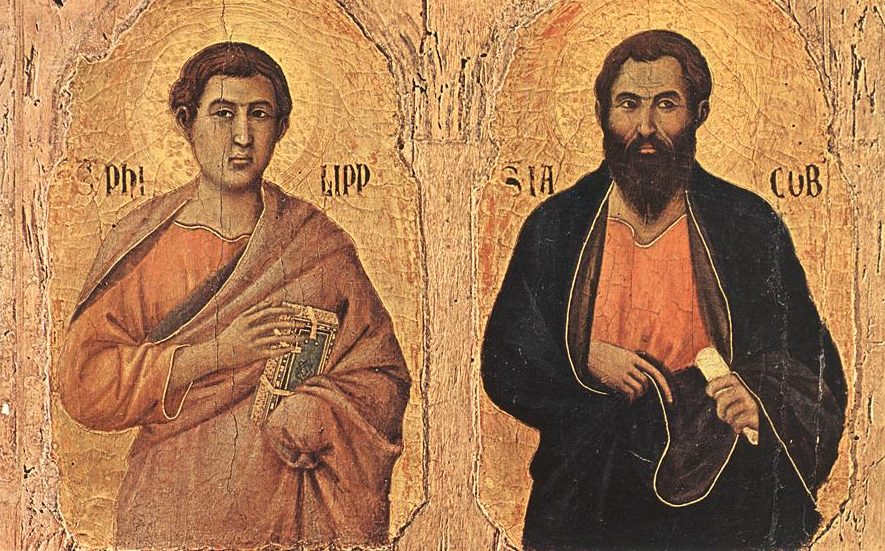 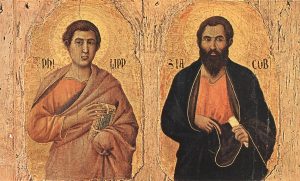 Today the Church celebrates the Feast of the apostles Philip and James. Although Jesus called them to be apostles, they are not mentioned as much in the gospels as some of the other apostles. We are told that Philip responded directly to Jesus’ call and that he then invited his skeptical friend Nathanael to “come and see”. Other references to Philip show him as a man whose faith sometimes faltered and who needed proof that Jesus was the Son of God. We know that James was likely a relative of Jesus but not much else. Although their stories are less well known, it is clear that Jesus saw something important in them and therefore chose them to share his ministry. Both devoted their lives to the Gospel and paid the ultimate sacrifice for their faith. Although they were martyred at different times and places, their bodies were moved and buried together in the Church of the Twelve Apostles in Rome.

Give thanks for all who minister to others in quiet and perhaps unseen ways.