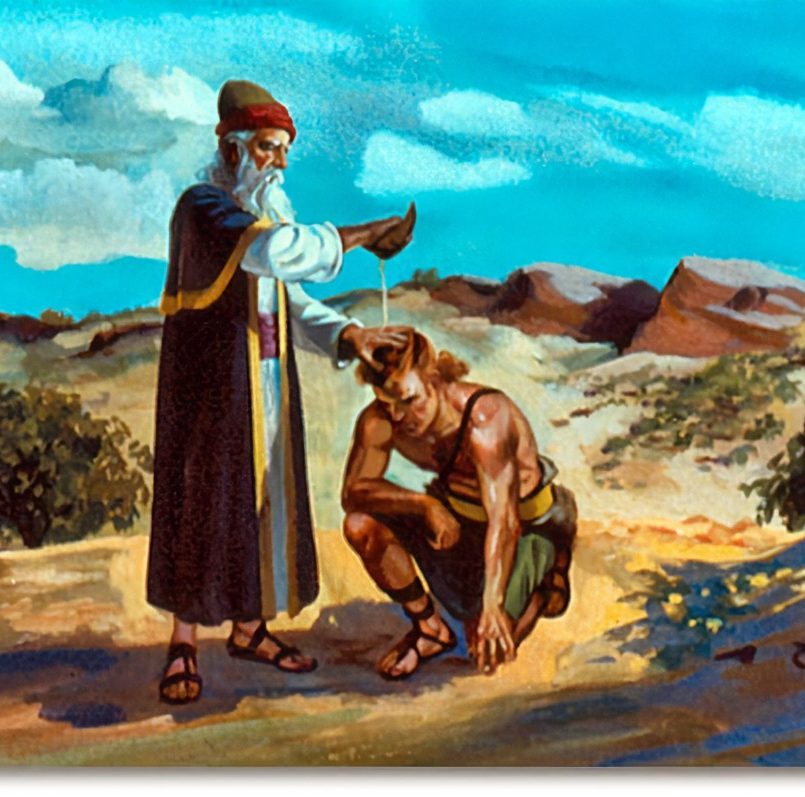 When Samuel saw Saul, the Lord told him, ‘Here is the man of whom I spoke to you. He it is who shall rule over my people.’

Having allowed the people to decide that they wanted a king to rule over them, God now led Samuel to meet the young man named Saul who was to take on this title. Saul came from a wealthy and influential family. He was known for his good looks but not particularly for his relationship with God. Saul’s father had sent him to search for some lost donkeys but after days of searching far and wide he had not found them. His search brought him close to the home of Samuel. Such was Samuel’s reputation as a prophet and wise man that Saul’s companions suggested they might ask him for help. As Saul approached Samuel, the Lord told Samuel that this was the man chosen to rule over the people of Israel. Samuel was able to reveal to Saul things that he could only have known through revelation from God. Although he did fully understand his destiny, Saul was duly anointed as king.

Pray today for all in positions of power over others that they will serve justly and with compassion.